Free character transfers are coming to Star Wars Galaxies early next year! A list of Frequently Asked Questions (FAQ) is now available to let you know more about items that will and will not transfer during the upcoming promotion. More details about this promotion, including dates and a list of servers, will be released at a later time.

Chapter 11: The Battle of Echo Base includes a number of improvements to the character transfer service (CtS). Please note that some of the items listed below do not transfer at this time if you are paying to transfer a character before Chapter 11 launches. Once Chapter 11 is released, items such as factory crates and resources will transfer. However, vendors and the contents of vendors will not transfer even when Chapter 11 is live.

The details found below about items, names, character slots, player associations, vendors, and server firsts apply to both standard (paid) character transfer and the free character transfer service promotion. The only difference between free CTS and standard CTS is that a same account transfer between certain designated galaxies during the free CTS period will be free of charge.

Please see the FAQ below for more details about the free promotion and character transfer service.

The goal of this upcoming promotion is to address players' concerns about server populations with the most player-friendly option possible – by putting the power in the players' hands. This promotion gives players the opportunity to make their own choice by taking advantage of one server transfer per character at no charge.

When does the promotion begin?

The free character transfer service is planned for early next year.

Where can I find a list of servers that will be offering a free transfer?

More details, including a server list, will be provided at least one month before the promotion begins.

Why isn't the list of servers being released right now?

Data about current server populations is still being collected to make the best possible determination for the list of servers. The list will be released at least thirty days before the start of the promotion.

Are any servers going to be closed due to this promotion?

We do not have any plans to close any servers at this time.

Can I move my character from a non-free CTS server to another server at no charge?

Standard character transfer service fees apply when transferring from a non-free CTS server ("target server") to any other galaxy. Only characters moved from a Free Character Transfer galaxy to a target galaxy can move for no charge.

A character is only allowed one move to a target galaxy for no charge.

Can I move my character to a different account at no charge?

Are there limitations to the items that will transfer with my character?

Specific items that will not transfer:

Specific items that will transfer:

Specific items in the datapad that will transfer:

Everything in the datapad, except a packed vendor and contents of the packed vendor, will transfer, including:

Items that do not qualify as either "items equipped by the character" or "items in the character's datapad" as noted in the aforementioned terms will not transfer.

If I have a vendor obtained as loot via the Star Wars Galaxies Trading Card Game, how do I transfer it?

TCG vendors must be destroyed in-game before the transfer. Be sure to remove all items from them before destroying them!

What if my character name is taken on the target server?

Character names are not guaranteed on galaxy-to-galaxy transfers. If the character's name has already been used on the galaxy you wish to move to, you will be able to enter a new name in the field provided (subject to the terms and conditions of the Character Naming Policy).

Will my house/structure also transfer with my character?

To transfer structures and their contents with the character, use the pack-up structure option on the maintenance terminal to pack up the structure to the datapad. Structures that are left in the world, as well as their contents, will not be transferred with your character.

Will my player association also transfer with my character?

Any player association affiliation is removed as part of the character move process.

What if I already have two characters (or three with an unlocked slot) on the target server I wish to transfer to?

You must have an empty character slot on the target server in order to move a character there.

What if all eight of my character slots are filled?

An account that has the maximum 8 characters will be allowed to do a same account transfer without having to delete a character to temporarily "make room" for the new character.

If I have three characters on one galaxy, can I move all three to a galaxy where I did not unlock the third character slot?

Will I lose my Server First recognition?

Keep an eye on this FAQ for future updates, and be sure to visit the official Star Wars Galaxies web site for more news and information about this exciting promotion! 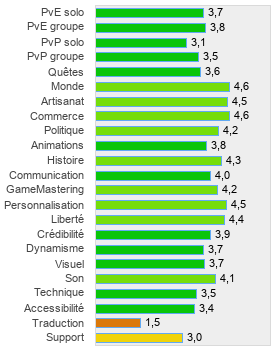